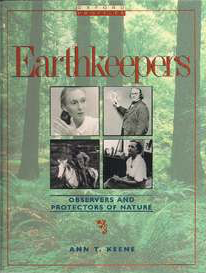 An excerpt from “Gerald Durrell: ‘No creature is horrible’”:

. . . When Gerald Durrell opened the Jersey Zoological Park in 1958, he was fulfilling a dream he had held since earliest childhood. His mother claims that his first clearly spoken word was “zoo,” and not long after he learned to walk he began the lifelong habit of collecting animals, bringing them home to a family that was not always enthusiastic about Gerald’s “treasures.” There were owls, butterflies, mice, and turtles in Gerald’s collections—but there were also snakes and spiders. Curious about every living thing, Gerald agreed that some animals were more endearing than others but claimed that he found nothing repulsive in nature. As an adult he believes this more strongly than ever: “No creature is horrible,” he has said more than once, and that philosophy underlies his virtually lifelong commitment to wild animal conservation. . .